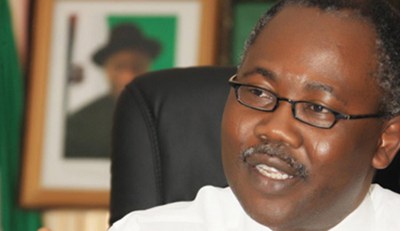 The Attorney General of the Federation and Minister of Justice – Mohammed Bello Adoke has denied widespread media reports that President Goodluck Jonathan has ordered a probe against him saying he initiated the action himself.

In a statemement by his counsel – Ahmed Raji, Adoke said “following the tendentious allegations made by one  Mr. Dino Melaye against the person of our Client, we wrote a letter dated 23rd April 2013 to the Inspector General of Police, wherein we requested the I.G to cause an investigation to the matter.

“In the said letter our client requested the Inspector General to invite Otunba Dino Melaye to come and justify all the allegations he has made which we hasten to say are nothing but criminal libel”, the statement said.

It stressed that the current exercise being embarked upon by the police is therefore at the behest of the minister and not President Jonathan as is widely believed.

The statement noted that this is not the first time the minister would be submitting himself to a public enquiry because “he has nothing to hide.”