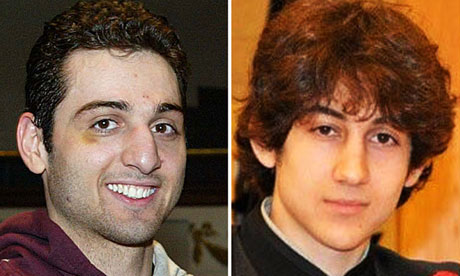 “The act of the two great brothers, Tamerlan and Dzhokhar, is but the true image reflected by the bloody deeds of your hands, reflected by the oppressive policies of your downtrodding regimes,” the latest issue of the Inspire magazine says. “Americans, you should understand this simple equation: as you kill, you will be killed.”

The document, recently posted online in jihadi forums, devotes a significant portion of its 30-plus pages to the April 15 bombing, which killed three people – including an 8-year-old boy – and injured more than 260 others.

Tamerlan Tsarnaev, one of the accused bombers, was killed in a shootout with police days after the bombing. His younger brother and alleged co-conspirator, Dzhokhar, was injured and taken into custody.

“The Blessed Boston Bombings (BBB) have been an absolute success on all levels and domains.

By tracking the course Tamerland and Dzhokhar — may Allah reward them – ran along April 15 until they crossed their own finish line… we can confidently say that the real worthy winners of the Boston Marathon were the Tsarnaev mujahideen Brothers.”

The magazine also made an apparent reference to its possible link to the attacks, saying that “lone-Jihad is impossible to counter and stop, except when basic cooking ingredients and building material become illegal!”

Previous editions of the magazine have instructed readers on “how to build a bomb in the kitchen of your mom” – instructions for rudimentary explosives similar to those used in the Boston attack.

Another article is devoted to the brutal daylight murder of a British serviceman in London last week. According to a video of one of the suspects speaking shortly after the attack with blood on his hands, that assault was carried out “because Muslims are dying every day” at the hands of Western troops.