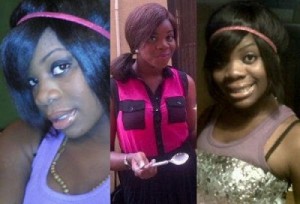 Her full name is Oluwanishola Ogudugu. She was a student of the Houdegbe North American University, Cotonou, Benin Republic. She was listed as one of the most popular girls on Campus by The Dynamix Youth awards 2009.

Sources who schooled with her in Benin republic reveal she was the hottest item on campus then and it was unsurprising when rumors started flying around that she was pregnant for the popstar. She got cozy with wizkid after a performance in the school.

The dark skinned beauty who resides with her parents in Magodo is now rounding off her NYSC program somewhere in Lagos. Shola is the same age with wizkid (23) and after the birth of her son, Bolu, Wizkid denied being the father until a paternity test proved him wrong.

This caused a lot of friction between Shola’s family and Wizkid’s, but funny enough things have calmed down now cause whenever Tife, as he is fondly called is at Wizzy’s family home, everybody is always happy. They shower the child a lot of love, and my source reveals that Wizkid does not joke with Tife…he loves the boy unconditionally and even makes surprise visits to his baby mama’s home in Magodo to see his son.

She is currently dating a guy who works at a network provider firm. 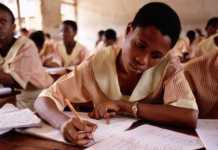