The two Nigerian Air Force Alpha jet pilots who lost their lives May 6 2013, in an air crash while serving with the African-led intervention Force in Mali, AFISMA, Squadron Leader Benjamin Ben Ado and Flying Officer Ayuba Layelmenson, were, yesterday, given a national burial at the Military Cemetery in Abuja. 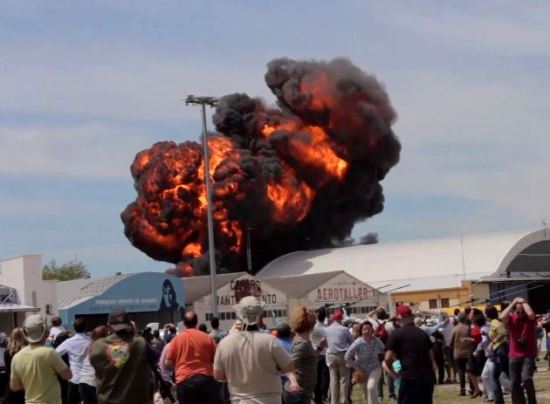 The minister said: “Though the dreams of a promising and fulfilling career of these young officers have been cut short, the present security challenges we face demand of us courage, selflessness and great commitment.Speaking on the occasion, Minister of State for Defence, Erelu Olusola Obada, enjoined serving members of the armed forces to see the unfortunate demise of the officers as a call to service to the nation and, indeed, Africa.

“As we continue to confront the present security challenges in some parts of the continent and at home, we must emulate the selflessness, courage and commitment exhibited by the late officers.

“Their death, though in the line of duty, was a gallant sacrifice for peace to reign on the African continent. As members of the Armed Forces and the Nigerian nation, we must be proud of the gallant efforts of these young gentlemen who proudly showcased the great spirit and tenacity of the Nigerian far away from home.

“We must see their deaths as a call to duty to serve humanity. We must not let the sacrifice they have paid with their lives to be in vain.”

She conveyed the condolences of President Goodluck Jonathan, to the families of the officers for their untimely death.

“To the families of Benjamin and Ayuba, the President and the whole nation share in your grief of having lost a husband, father, brother and sons.

“The President appreciates the great sacrifice of these two young men and other members of the Armed Forces of Nigeria for your continued sacrifices to ensure enduring peace in our nation and other parts of the African continent.

“Mr. President is committed to doing all that is necessary to support the Armed Forces in carrying out its duties towards ensuring the sanctity of a united Nigeria,” she added.

Continuing, the minister said “as we commiserate with you, be consoled that the death of Benjamin and Ayuba is not in vain.

“The whole nation mourns with you and stands by you. On our part, we shall do all that is possible to mitigate whatever hardship their death will bring.”

In his sermon, Wing Cdr. Dogo, Gani, Air Force Protestant Chaplain, said the beauty of life was like a flower which, no matter how beautiful, last for just a while

Taking his text from Psalm 90 verse 1-12, he said the brethrens lying down and all the people present never expected that people will gather like this for such an occasion.

Gani said the Bible was telling everyone that as beautiful as life was, it could be very brief, admonishing that within the brief period, “what have we done with our lives?”

He said “as we are sitting here looking at our colleagues, what are we leaving behind? What are we going to be remembered for?”

Mr Joab Layelmenson, father of Ayuba Layelmenson, described his son as an intelligent young man who became a role model not only in the family but everywhere he went.

Layelmenson said wherever his son went, he came out with prizes, adding that this had made the family proud and that a big vacuum had been created in the family.

Noel Ado, brother to Benjamin Ado, also described his brother as a very caring officer who was ready to help others solve problems when called upon to do so.

It will be recalled that Ado who hailed from Benue State, was born on April 22, 1979, in Lagos and was admitted into the 50 Regular Course of the Defence Academy on August 17, 1998.

He was commissioned into the Air Force as a pilot officer on September27, 2003.

Flying Officer Layelmenson, on his part, who hailed from Gombe State, was born on August 17, 1987, in Azare Local Government Area of Gombe State.

At the solemn ceremony were the National Security Adviser, Col Sambo Dasuki (rtd), Permanent Secretary, Ministry of Defence, Chief of Defence Staff, Chiefs of Air Force, Army and Naval Staff and the Inspector General of Police, Force Commander of AFISMA, Maj-General Abdukadir, and Contingent Commander of the Air Force in Niamey, Air Vice Marshal Oguntoyinbo, amongst others.