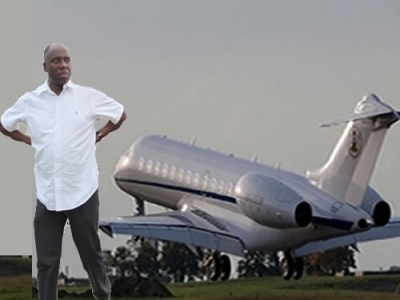 In a statement issued by the Joe Obi, Special Assistant, Media, to the Minister of Aviation, Stella Oduah, the minister said that the clearance documents used by the aircraft had been discovered to be forged; a development that amounted to a violation of the nation’s aviation laws as well as other extant criminal laws of the land.

The statement reads in part, “The presentation of false information or forged documentation to regulatory authorities in the processing of official approvals or permits is clearly a serious violation of the Civil Aviation Act, the Nigerian Civil Aviation Regulations and other extant criminal laws in the Federal Republic of Nigeria.

“Upon conclusion of these internal investigations, the Ministry will take all necessary steps required by law.”

The aviation minister further alleged that the flight clearance documents used by the aircraft might have been forged because Caverton Helicopters, whose name appeared on the clearance documents, had denied doing so in a letter to the Federal Government.

“In view of Caverton’s letter expressly denying its involvement with the said clearances applications, the Ministry has directed the NCAA to commence a full investigation into all the circumstances surrounding the false clearance applications.”

Efforts to get the reaction of the Rivers State government to the development on Thursday were unsuccessful.