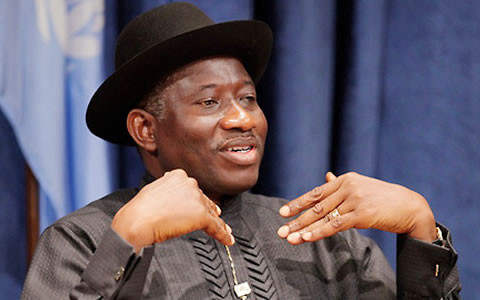 As certain personalities from the Niger Delta region South of Nigeria continue to blow hot on 2015, a rights activist, Ms Annkio Briggs, has threatened that Nigeria as a nation will cease to exist if President Goodluck Jonathan fails in his second term bid.

Briggs, who was speaking in Port Harcourt yesterday, said that those opposing President Jonathan, an Ijaw from Bayelsa State, over his perceived interest to contest the 2015 presidential election should realise that Niger Delta holds the key to the nation’s economy, adding, “we hold the key for the economy of Nigeria and this country will not know peace if Jonathan is not returned as president in 2015.”

She said “if a group of cabals can boast that they will make Nigeria ungovernable if they are denied the opportunity to produce the President of Nigeria, we in the Niger Delta will make the economy of this country ungovernable.

“We will make sure no single oil drop from our pipes. We will destroy everything and make sure nobody accesses our oil.”

She lampooned those calling for the arrest of Asari Dokubo and Kingsley Kuku over their comments that there will be instability in the country if Jonathan does not win the 2015 election, threatening that any attempt to arrest the duo will be resisted by the Niger Delta people.

“It is on record that some prominent Nigerians had made comments in the past capable of truncating the corporate existence of Nigeria and nobody arrested them. Any attempt to arrest Asari and Kuku will be resisted”, she warned.