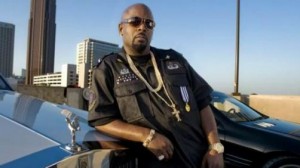 The New York native, born Timothy Blair, was a longtime diabetes sufferer and was widely reported to have passed away on Feb. 14, following a seizure. However, Mississippi prosecutor Steven Jubera claims he has yet to receive any proof confirming the 46-year-old’s death, so he has managed to obtain an arrest warrant for the rapper.

“I need proof,” says Jubera. “I need a death certificate showing that’s he’s dead because, as far as I’m concerned, he’s alive. Nobody said where he died, nobody said where he was buried, which is very odd for an obituary… At the bare minimum he would get arrested and sit in jail until his court hearing.”

The warrant relates to Blair’s 2011 conviction for grand larceny, after he confessed to targeting Ester Pilgrim for money that he claimed would be used to resurrect his music career.

He reached a plea deal to avoid a stint in jail, and was ordered to give $19,000 in restitution to his victim, but he failed to settle the debt before his passing.