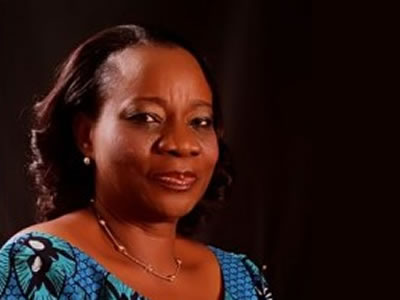 The appointment of Prof. Modupe Adelabu as the deputy governor-designate of Ekiti State was yesterday confirmed by the state House of Assembly.

Mrs. Adelabu, who until her appointment was the chairman of the State Universal Basic Education Borad, SUBEB, was ratified during a parliamentary session following her screening.

The Speaker, Dr. Adewale Omirin, said that Adelabu’s performance and conduct during the screening convinced the lawmakers that she “is a round peg in a round hole”.

He said: “We conducted the screening at the parliament based on the decision of the lawmakers. The lawmakers drilled the nominee for over 30 minutes. She did not let us down. She answered us intelligently and we did not expect anything less”.

Speaking after her nomination was ratified by the 26- man Assembly, the deputy governor-designate said she never expected herself in the position until her nomination by Governor Kayode Fayemi.

Adelabu, a 63-year-old professor of education, who expressed happiness at the offer, said: “I never expected this position because there was no vacancy until the unfortunate demise of our Deputy Governor, Mrs. Funmilayo Olayinka. So, I never expected it.”

The deputy governordesignate promised to contribute her own quota to the development of the state. She said: “My position as SUBEB chairman has prepared and qualified me for any position in government. I will first study the ground and know how to contribute my own quota.

“Though, we already have a template, which is the Eight-Point Agenda and through this platform, I am going to contribute my own quota. Nothing would be strange to me because I am part and parcel of this government.”

Adelabu appealed to politicians in the state to join hands with the government in building “the Ekiti of our dream irrespective of our political differences.

“This state belongs to all of us. We should all come together and forget our political differences to build a solid state because whatever happens now, either good or bad, will be for all of us”.