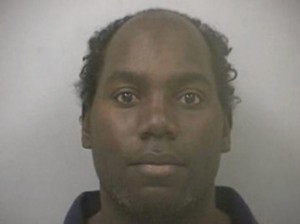 Police in Colorado Springs have cited the parents of an autistic teen who was found naked inside a home with human feces and rodents. He told police he didn’t remember ever being allowed outside.

Officers responded to the home near Balsam Street and Corinth Drive on a welfare check on Thursday. They found the 13-year-old autistic boy inside, unclothed, and officers described the home as “unsanitary” with live and dead rodents and human feces strewn about.

Code enforcement responded to the home and immediately condemned the home as unsafe for living. The boy was taken to the hospital where he was examined and cleaned up. The Department of Human Services was called to take custody of the boy.

The boy told officers he is an only child and is home schooled. He said he did not remember ever being allowed outside the house. Neighbors confirmed with police they had not seen the boy outside in several years. The boy’s parents, identified as Charles Wingate and Sharon Starkey, were not at home when officers arrived. Wingate and Starkey were cited with child neglect misdemeanors and released.

Wingate, a former Colorado Springs City Councilman, said police are blowing the situation out of proportion. He said his son likes to stay indoors and that his house is not that dirty. “I don’t think that’s an accurate representation of what is on the inside of my house,” said Wingate. “Since that time the Department of Human Service has taken legal custody of the boy and there will be further court proceedings to determine permanent custody,” said Colorado Springs Police spokesman Larry Herbert. “I know at this point my son is safe. He’s healthy, we’ve talked with him,” he said late Thursday. “We’ve explained to him the process going forward, and he understands what’s going on. He is not concerned. He is not worried or scared or upset.”

Wingate said he didn’t keep his son from going outside but that he doesn’t like it, “He is not someone who likes to go outside on a regular basis. He likes to be in his room. He likes to play on his computer.”