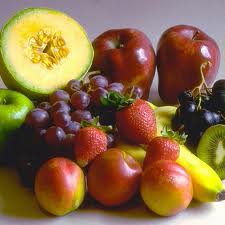 The names of the diseases are not only mouthful, they are jaw-breaking  and awe-inspiring. Otherwise, how do you relate with avitaminosis, nyctalopia or hypocobalaminemia?  Yet, these are some of the diseases that afflict those who lack essential vitamins and minerals that act like fuel for the body to keep going.

Nutritionist, Dr. Mary Alumona, says we get vitamins simply by eating various categories of foods. She notes that people become deficient in some vitamins if they eat more of junk or processed foods, if they are strict vegetarians, or if you develop certain metabolic defects that prevent the conversion of foods to vitamins.

What diseases are likely to result from which vitamin deficiency? Check them out:

Vitamin A — needed to maintain good vision. A few years ago, the Federal Government released guidelines on food enrichment, such that salt, semolina and other packaged foods are now fortified with this vitamin. Alumona says vitamin A deficiency can result in difficulty or impossibility to see in relatively low light (nyctalopia), or, in extreme cases, outright blindness. Apart from contributing to pregnant women’s death, she says, it also reduces the body’s ability to fight infections.

Vitamin B1: “In all, there are eight B vitamins and B1 (thiamine) is just one of them. It is regarded as anti-stress vitamin because it strengthens the immune system and improves the body’s ability to withstand stressful conditions,” Alumona says. Though physicians say it’s rare to be deficient in thiamine, alcoholics, people with eating disorder (anorexia), Crohn’s disease patients, and those undergoing kidney dialysis may be deficient. Symptoms of B1 deficiency include fatigue, irritability, depression, abdominal discomfort and inability to digest carbohydrates.

Experts say when the body cannot digest carbohydrates, a substance called pyruvic acid builds up in the bloodstream, causing beriberi — a disease that affects the cardiovascular, nervous, muscular, and gastrointestinal systems.

Symptoms of beriberi include swelling, tingling, or burning sensation in the hands and feet, confusion, trouble breathing because of fluid in the lungs, and uncontrolled eye movements. Foods rich in B1 include beans, cooked corn, nuts, fortified cereals, pork and organ meats.

Vitamin B3: Are you suffering from pellagra (characterised by diarrhoea, dermatitis, and dementia)? You may need to know your niacin status. Experts say vitamin B3 is required for processing fat in the body, lowering cholesterol levels, and regulating blood sugar levels. In addition to pellagra, deficiency in this vitamin can also lead to cracks in the corners of the mouth, forgetfulness, delirium, poor concentration, anxiety, fatigue, restlessness, apathy, depression and if left untreated, death!

Vitamin B7: This vitamin is also called Vitamin H or biotin; but beyond nomenclature, it helps the body to metabolise proteins, fats and carbohydrates, and to also process glucose. It also contributes towards healthy nails, skin and hair. Pregnant women make higher use of biotin and must guide against deficiency.

Vitamin B12: Do you feel fatigued, irritable, depressed, or seem to have bad memory? These are symptoms of mental disorders due to gradual brain damage. Again, you may be suffering from hypocobalaminemia — a symptom of an autoimmune disease that causes gradual deterioration of the spinal cord and very gradual brain deterioration, resulting in sensory or motor deficiencies.

Experts say as hypocobalaminemia progresses over several years, psychosis and mania can appear. The damage is said to be irreversible and is caused by a deficiency in vitamin B12. Physicians say children need much more B12 than adults because they are growing, while infants who are only breast-fed can become deficient and suffer permanent brain damage if their mother is only slightly deficient.

Vitamin C: Are you lethargic or feverish? Have you noticed spots on your skin, especially on the thighs and legs? Do your gums bleed, leading to loss of teeth? If you answer ‘”yes” to these questions, kindly see your doctor, as you may be suffering from scurvy — a fallout of Vitamin C deficiency, which may even lead to death.

Physicians say Vitamin C helps the body fight off diseases and viruses, aids in preventing inflammation, and helps the body to process other nutrients.

Vitamin D: According to the online portal, webmd.com, if you shun the sun, suffer from milk allergies, or adhere to a strict vegetarian diet, you may be at risk for vitamin D deficiency. The body needs this vitamin for the proper absorption of calcium, bone development, control of cell growth, neuromuscular function, proper immune function and alleviation of inflammation. Children are mostly at risk of deficiency because their bones are still growing.

Deficiency in this vitamin comes at a huge cost, which include rickets — a disease in which bones fail to properly develop. Deficiency can also lead to a weakened immune system, osteoporosis (characterised by reduced bone mineral density and increased bone fragility, muscle aches and weakness, increased cancer risk, poor hair growth, and weakened muscles and bones (osteomalacia).

Vitamin K: As an adult, do you bruise or bleed easily? Check your Vitamin K intake to see if it measures up. This vitamin aids blood clotting, protects the heart, and helps to build bones. In infants, deficiency in this vitamin can cause some birth defects such as underdeveloped face, nose, bones, and fingers. In severe cases, it causes uncontrolled bleeding, and that is why many hospitals give newborns vitamin K injections to prevent severe symptoms.

Other groups likely to suffer vitamin K deficiency are alcoholics, bulimics, strict dieters, and people with various severe diseases such as cystic fibrosis. The vitamin is found chiefly in leafy green vegetables, okro, leafy greens, lettuce, avocados, bananas, cucumber, runner beans, cabbage, noodles and eggs. Also, gut bacteria help produce it in humans, but newborns don’t immediately develop gut bacteria, which is why they are so prone to deficiencies.

In conclusion, Alumona says if you wish to take vitamin supplements, consult a physician, as overdosing on vitamin C, for instance, may lead to nausea, diarrhea and stomach cramps. Too much selenium might cause hair loss, gastrointestinal upset, fatigue, and mild nerve damage; just as too much vitamin A can cause blurred vision, dizziness, etc.

“If you get your vitamins and minerals from natural foods, it’s absolutely impossible to overdose,” Alumona concludes.