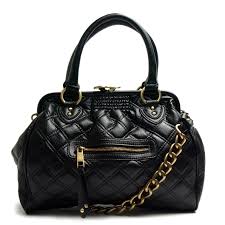 Florence Onu, 28, was shot dead, Sunday night, in Port Harcourt by armed men who attacked her along Ada George Road, Rumueme. She was pregnant at the time of the shooting.
Younger sister to the victim, Ebere Amadi, who witnessed the incident said her sister had a scuffle with the robbers over her handbag containing N50,000 offerings collected during her church’s evening service that day.

She said: “We were returning from church service around 8 p.m when we saw a red Audi coming close to us. Next thing, one of them grabbed my sister’s bag. There was dragging as my sister held to the bag. One of them at the back of the vehicle shot my sister as they made away with the bag. She was already dead before we got to a nearby hospital.
“The N50,000 in her bag was the offering from the evening service. The pastor asked her to take it home because her husband who is responsible for keeping the church’s money was not in the service that day.”
Alex Chidah, a youth leader in the area while reacting to the incident said: “Ada-George Road has become volatile lately. The police need to take note. There is a particular gang parading the area only at night and they have been molesting and killing innocent residents.”