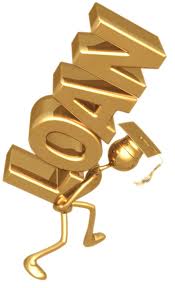 A Petty trader, Mrs. Rose Abbey got what she didn’t bargain for when she was allegedly detained in a Micro Finance Bank at Ipaja area of Lagos, for failing to pay a weekly N2,000 earlier agreed on towards offsetting the N17,000 loan she borrowed from the bank.

It was alleged that she was abducted and beaten up before she was locked up in a room at the bank located at 170/ 172, Ipaja Road Baruwa on April 25.  She was, however, released three days later.  Before then, she was allegedly neither allowed to have access to members of her family nor given food.  The housewife who hails from Edo state later regained her freedom, after her friend paid the N2,000 to the bank.

Narrating her ordeal the victim said that she borrowed N17,000 from the bank to run her small scale business at Gowon Estate and the condition was that she will be paying back N2,000 every week.  She said she has been paying the money until the 25 of April, when she was unable to pay because of poor sales.

“When the manager of the bank confronted me about the payment, I told her that I could not meet up with the payment for the week because of poor sales.  She  insisted that I must pay the money and dragged me to their office and locked me up along with another defaulter till the third day.

They prevented me from contacting my husband and they attempted to seize my phone and only allowed me to contact a friend who brought the money before I was released. After my release, my husband could not believe my story when I got home.  It was only after he confirmed it that he believed me.”

Police sources said the matter was reported at Gowon Estate Police station and the manager and two others were arrested and taken to the station for detaining the woman illegally. According to the source, the bank officials admitted that the mother of four kids actually slept in their office because she was not able to pay their money stating that she signed an agreement with the bank before they borrowed her the money.  The source said that the bank Manager however, denied assaulting her adding that she was only trying to recover the bank’s money.

When Crime Alert contacted the victim’s husband, Mr Emmanuel Adeyemo Abbey on phone,  he stated that the first thing that came to his mind when his wife came back  was that she has gone after another man, adding that later, he had to listen to her because she has never done that before.  “Initially, I did not believe my wife until later when she showed me the injury she sustained and her friend who gave the bank the money also confirmed it, before I believed her.”
He said he was not aware that his wife was  owing such money adding that it was not an excuse to illegally detain her without informing the police.  Lamenting his wife’s fate, the husband further stated that her children were left alone in the house and throughout  her stay in the bank, they did not eat  anything and were not taken proper care of  because they could not tell about their mother’s whereabouts.

He alleged that after the issue was reported to the police, they are yet to do anything about the case adding that he doesn’t like the way they are treating that case and threatened to go to court to seek for redress if the police fail to take appropriate action against the bank officials.

Efforts made to confirm the story from the police failed but a source at the station confirmed the arrest of Adesuwa and her staff and said they will soon be charged to court.