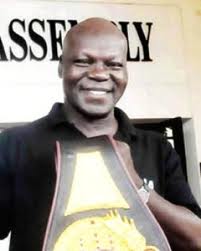 Nigeria’s boxing legend Bash Ali on Friday appealed for President Goodluck Jonathan’s intervention to help him to actualise his quest to enter his name in the Guinness Book of World Records.

The record, if achieved, would make Ali become one of the oldest fighters in the cruiser weight category in the world.

Bash also urged the president to support his initiative to establish six sports academies in the country to improve the nation’s sports fortunes.

Ali, who has tried unsuccessfully to realise his dream which has lasted seven years, in spite of the inauguration of a Local Organising Committee (LOC) for the fight in 2006, accused some government officials of frustrating his efforts at getting help from Mr President.

In a letter of appeal addressed to Mr President and received on Friday by the Office of Chief of Staff to the President, Ali alleged that the officials had promised to thwart every effort made toward the fight, in spite of the several meetings organised in that respect.

“We had several meetings at the National Sports Commission (NSC) on Feb. 27 and an agreement was reached on how to successfully host this historic event.

“It was forwarded to the President by the Minister/Chairman of the NSC.

“Several important sports personalities, including President of the International Boxing Union and the World Boxing Federation, were all in Abuja as the new LOC was supposed to be inaugurated on March 5.

“The inauguration never took place and up till today, in spite of several calls and text messages to the presidency or the NSC, nobody has given me any reason as to why the inauguration did not take place,” Ali stated.

He noted that the inputs of the likes of Alhaji Bamanga Tukur, the PDP National Chairman and Senate President David Mark, toward actualising his dream might be a wasted effort if Mr President did not punish those sabotaging the efforts.

The boxing legend also expressed regret that he was yet to succeed in his plans, in spite of his meeting with Mr President at the Presidential Retreat on Sports held on Oct. 22 in Abuja.