The rumors were all true! Beyonce is pregnant again with her second child, multiple sources confirmed to E! News. 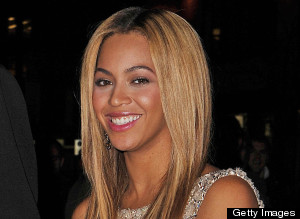 The superstar singer took a “sick day” earlier this week from The Mrs. Carter Show World Tour, which only fueled speculations that she and Jay-Z are expecting. Today the rumors were verified as accurate, according to E!.

Rumors started running rampant last Monday when New York Post’s Page Six described the singer’s Met Gala dress by saying “Bey wore a Givenchy gown with a high, belted waist that carefully camouflaged her midsection, but pictures have emerged on blogs of what looks like a baby bump from recent tour dates.”

As “proof,” many media outlets relied on Beyonce’s own quotes regarding children and her desire to give Blue Ivy — her and Jay-Z’s one-and-a-half year old daughter — a sibling. “I would like more children,” Beyonce told ABC News earlier this month. “I think my daughter needs some company. I definitely love being a big sister. At some point … when it’s supposed to happen.”