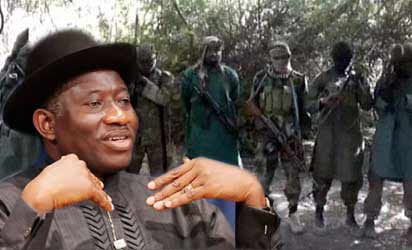 The Youth Wing, Christian Association of Nigeria (YOWI-CAN), and Anglican Youth Fellowship, Nigeria have described the Federal Government’s  proposed amnesty to the dreaded Islamic sect, Boko Haram as legalisation of terrorism in the country.

President of YOWI-CAN, Dr. Simon Dolly and the president of AYF, Wuse Archdeaconry Council, Barrister Isaac Harrison, explained that granting amnesty to Boko Haram is akin to giving the sect “more muscles to deal with Christian youths”, who in the North had all along been marginalized by the same advocates of the pardon.

Dolly therefore appealed to President Goodluck Jonathan “not to be cowed by politicians and few misfits and naturally rebellious persons in the North, who are attempting to use the Boko haram insurgency as a bait to correct what they have failed to do, while they were in power”.

According to him, “are Christian youths in the North and indeed all over Nigeria not affected by growing unemployment, injustice and poverty? Would President Jonathan accede to requests for amnesty from MASSOB, OPC, Middle Belt and other groups with legitimate complaints against the Federal Government, if tomorrow they pick up arms to advance their causes?”

He added: “the Federal Government should be prepared to face perhaps more deadly and sophisticated response, if amnesty is granted “to willful murderers masquerading as political and religious insurgents, who do not respect the basic tenets of humanity and the constitution of the Federal Republic of Nigeria”.

YOWICAN was of the view that the government should consolidate on the progress made so far by security operatives by arresting political leaders whose utterances and actions have implicated them. He maintained that “it is injustice if Almajari schools are built for the Muslim youths alone and funded by tax payers’ money.”