Other than sport the menace and threat of Boko Haram to the lives of Nigerians has now united Nigerians irrespective of ethnic and religious differences as the recent reaction of Nigerians to the state of emergency declared by President Jonathan has evolved to. 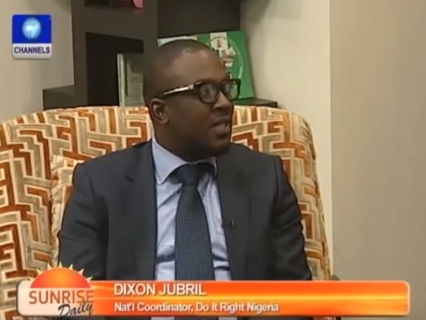 This was the claim of the national coordinator of a civil organisation: Do It Right; Dixon Jubril, who notes that Nigerians have come together to support the troops deployed to the three states where the emergency was declared.

He further defended his claim with Tuesday’s overwhelming endorsement and ratification of the state of emergency by the National Assembly.

Mr Jubril adds that the insurgency has further strengthened the nation’s democratic structure with the military as he claims residents of the affected states who initially protected the insurgents, will now cooperate with the military because the troops deployment has proven that the federal government is now ready to guarantee their lives and property.