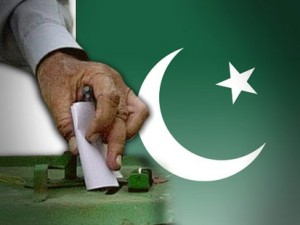 At least four people have died in a series of explosions targeting political party offices in Karachi, Pakistan.

Saturday’s blasts were aimed at an election office of the Muttahida Qaumi Movement (MQM) party, city’s biggest political party, in the Azeezabad area. The second bomb was detonated by a motorcycle rider as a crowd tried to stop him from entering the area.

So far, the death toll has been calculated at four, with over over 34 injured.

The local hospitals have been put on high alert, as the death toll is expected to rise.

There were also bombings in Mardan in northwestern Pakistan and Quetta.

MQM is one of three liberal, secular parties that have been targeted by Taliban fighters across the country in the run-up to the May 11 general elections, as Pakistan prepares for a historic transfer of power from one elected civilian government to another.

The election has however been marred by repeated violence targeted at candidates and election offices.