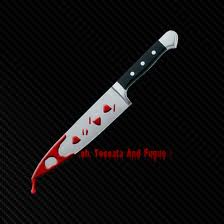 The man, named as Julian Stevenson, 47, is alleged to have killed his five-year-old daughter and 10-year-old son at his home in Saint-Priest, south-east of Lyon, after he was entrusted with them for the first time since separating from his French wife.

His ex-wife is understood to have discovered the scene when she arrived at his flat on Saturday after he failed to return the children and found him allegedly standing on the stairway in bloodstained clothes.

He was subsequently held after witnesses reportedly saw him leaving the area on roller skates.

“We believe the man was looking after the children for the first time since he divorced his wife,” a police source said.

“He was arrested at the end of yesterday afternoon.”

Officers were unable to confirm reports that a knife was recovered from the murder scene.

Mr Stevenson – who was said to be unemployed – had been living in France for some time, possibly around 10 years.

According to local reports, he and his former wife, an assistant accountant, had gone through a bitter divorce in the past couple of years.

She was awarded custody of the children following their separation and moved to live in Isere, a region to the south-east of Lyon, while he continued to live in the flat in the four-storey building.

Ahmed Benguedda, a former neighbour of the family, said his seven-year-old daughter used to play with the two victims, whom he described as “well adjusted”.

“The people who live here are all in a state of shock,” he told the Parisien newspaper.

Stevenson is expected to appear before a judge in Lyon today for a short hearing, when a prosecutor will officially open an investigation.

The session is expected to go ahead on what is a public holiday in France, owing to the significance of the case.

A Foreign Office spokesman said: “We are in touch with the French authorities and await the outcome of their investigation.