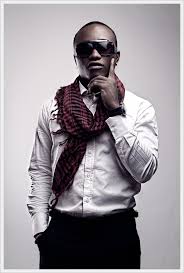 Weeks after Jesse Jagz declared he had walked away from his recording deal with popular record label Chocolate City, there are now reports that another artiste, Olawale ‘BrymO‘ Ashimi, might be leaving the powerhouse label too.

For weeks, the rumours have been going on but nothing has been confirmed and the reasons for the alleged sour relationship hasn’t been revealed.

Sources tell us that management and executives at Chocolate City are quite stern and are following through with the company’s policies on handling their artistes; and ‘it is possible‘, according to one source, that ‘acts like Jagz and BrymO are just rebels’.

BrymO’s manager Samuel Lolo however says the story isn’t true. ‘BrymO hasn’t left Choc City yet‘, he told our reporter over the telephone.

A rep for Chocolate City says the news is false calling it ‘hilarious’, explaining that as far as the records show, Brymo still has a valid contract with Chocolate City and even has two albums to release for CC.