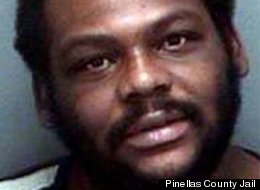 Kool-Aid, burgers and pot don’t mix — at least if you’re calling 911 asking for them.

Jarvis Sutton, 34, was arrested Sunday for allegedly calling 911 operators in St. Petersburg, Fla., 80 times wanting “Kool-Aid, burgers and weed to be delivered to him,” the Associated Press reports.

Instead, officers delivered him to the Pinellas County Jail, where he was booked on charges of misusing the 911 system,according to the Tampa Bay Times.

Sutton may have been suffering from the worst case of the munchies ever. Arresting officers noted that he kept chewing on the foam attached to the metal caging in the back of the police cruiser, NBC Miami reports.

Sutton remains in jail on $150 bail. This visit marks his seventh visit to jail in the last two years, according to the Florida Sun-Sentinel.