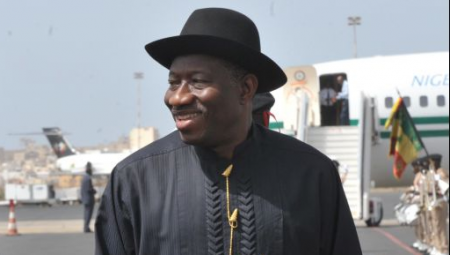 The Christian Association of Nigeria (CAN), Benue State chapter yesterday flayed President Goodluck Jonathan for giving a directive to the military authorities to release Boko Haram members in detention in a bid to tackle the gradually reducing insurgency in the country.

Addressing a press conference in Makurdi, CAN chairman, Archbishop Yiman Orkwar wondered why the president initiated a process he could not conclude by ensuring that the trouble shooters of the northern states are made to face the full wrath of the law.

“The president’s directive to release Boko Haram members that were captured few days ago suggests that Jonathan does not have the political will to implement the process of war against the insurgents which he started”, he said.

Orkwar lamented that the president had bowed to pressure brought to bear on him by some powerful forces to release detained suspects of the Islamic extremist sect whose sins he described as worst than armed robbery.

He also said Jonathan’s action portends serious trouble for Nigerians, saying he should have thought twice before acting the script of those who do not mean well for the peaceful development of the country.

“We are in serious trouble in this nation. If people who have committed worst crime than armed robbers are being released, then we should not have anybody in detention again in this country. Jonathan should have thought twice before taking this decision”, he said.