Christian Association Nigeria on Thursday alleged that Christians were still being killed in the North by Boko Haram members despite the emergency rule imposed by President Goodluck Jonathan. 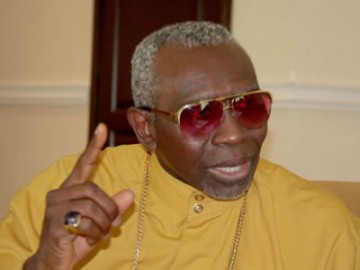 Jonathan last May 14 had declared emergency rule in Yobe, Adamawa and Borno states following the unending violence in the states.CAN President, Pastor Ayo Oritsejafor, stated this in a statement by his Special Assistant (Media and Public Affairs), Mr. Kenny Ashaka.

Oritsejafor said, “Last Friday, for instance, an executive member of CAN in Gwoza Local Government, Rev. Luka Bazigila and a member of the COCIN Church, Yohanna, both of who were in attendance at a Christian fellowship were shot dead by gunmen, who mounted a tricycle.

“Members of the sect also killed the step mother of the Medical Director of the Borno State Hospital, when they could not find the doctor at home. A Muslim guard, employed by a Christian architect in Abuja, was mistaken for a Christian and shot dead. One COCIN member on the Mandara Mountain was burnt by members of Boko Haram on Sunday morning.”

Commiserating with the families of the victims of the renewed killings, the CAN President called on Christians to pray for peace and unity of Nigeria as well as an end to the insecurity on Friday, (today).

Oritsejafor added, “In the light of a recent statement that the military recovered a document containing the names of Boko Haram sponsors, I call on the Federal Government to expose the sponsors now. I believe that such exposition will go a long way in the fight against Boko Haram and serve as a deterrent to others who might want to toe the same line”.

Citing reasons other than religion as the cause of the insurgency by Boko Haram, the CAN President pointed to a recent statement by the leader of the sect, Alhaji Abubakar Shekau, where he called on Islamists in Afghanistan, Pakistan andIraq to join the sect to create an Islamic state in Nigeria.