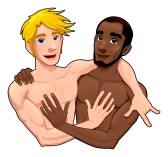 He stated that gay marriage was unscriptural and negated African lifestyle, adding that corruption was detrimental to national development.

Ogunyebi spoke in Ilorin on Saturday at a media conference on the church’s Communication Week, titled, ‘Social networks: portals of truth and faith: new spaces for evangelism.’

He said, “The feeling is that amnesty is not in any way acceptable. The question the Catholic Church will continue to ask is: By the time you grant amnesty to this group, how are we sure that another group will not come up tomorrow and ask for the same, all in the name that something must come to our own end too.  The stand is that once you grant it to them what will happen to those they killed?

He added that the Federal Government’s planned amnesty to the sect could encourage criminality other dissidents or aggrieved groups.

He urged federal, state and local governments to provide infrastructure, jobs and enabling business environment for the people.

Also, Director of Religious Education Department, Catholic Diocese of Ilorin, Rev. Josephine Odorwike, said the church was saddened by the pain inflicted on its members by the Boko Haram.

“With this issue of amnesty, I now ask: what kind of government do we really have? I am totally against the amnesty the government is talking about.”