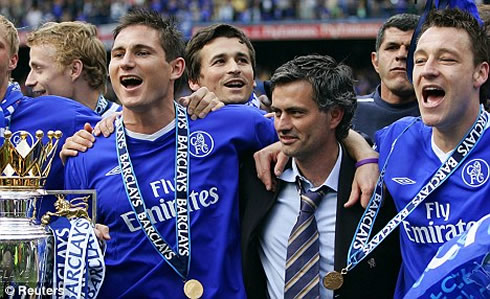 The Sun says the Special One sealed a spectacular £40million four-year deal on Tuesday night.

A senior Blues source revealed: “It’s official Jose is a Chelsea man again! Everyone is delighted he’s coming back — the club, the players and the fans

“We are already looking forward to next season — we are sure it’s going to be very exciting.”

Mourinho finally put pen to paper during a two-day trip to London this week.

His cover story was attending the Crystal Palace-Watford play-off final at Wembley on Monday and visiting friends in the capital.

But the real purpose of the visit was to seal an emotional return to his beloved Blues along with right-hand man Rui Faria.

Now it is expected he will be unveiled next week in a blaze of publicity by the Europa League champions.