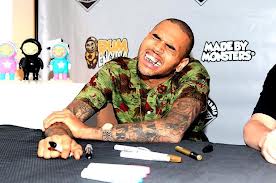 Chris Brown was all smiles at the Billboard Awards this weekend, but behind the scenes there were genuine concerns for his safety following a string of alleged death threats.

The 24-year-old singer’s concerned lawyer Mark Geragos is understood to have called the police after receiving a number of anonymous calls at his Los Angeles office during the week building up to this year’s Billboard event, which took place in Las Vegas on Sunday (May 19).

While details remain unclear, the caller is said to have referenced Brown – and the LAPD are taking it seriously enough to launch an official enquiry into the matter.

Geragos has a rich history of legal involvement with Brown, having previously represented him after he was charged with violently assaulting on-ff girlfriend Rihanna on the eve of the 2009 Grammy Awards.