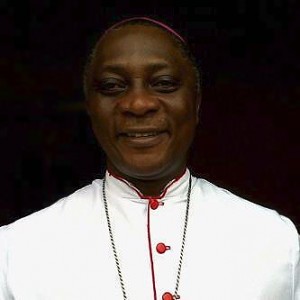 The Catholic Archbishop of Lagos, Most Rev. Alfred Adewale Martins has urged the Federal Government to be more sensitive to the welfare of Nigerian workers by creating an enabling environment that would adequately reward productivity and uphold the dignity of all workers.

The cleric made the call in his Labour Day’s message, in a release signed by the Director of Social Communications, Msgr. Gabriel Osu, tasking the government on the need to be more proactive in providing employment for Nigerian youths and ensuring that Nigerian workers are well provided for through prompt payment of their pensions and gratuities after their retirement.

Martins frowned at the recent monumental fraud uncovered in the management of the nation’s pension scheme and wondered why the government, through the law enforcement agencies and the judiciary have been wasting time in bringing to justice those implicated in the pension scam.

According to him, the government’s reluctance in bringing to justice those who have allegedly plunged the long-suffering Nigerian workers into untold hardship by siphoning their collective pension and gratuities was capable of ridiculing its much touted commitment to fighting corruption to a standstill.

“At a time like this, I want to join all people of goodwill to congratulate our workers and all the labour unions. I also urge the government to look more into their welfare so that we can have a more viable and proactive workforce needed to move our economy forward. But it does not end there.

“For us to progress and become one of the 20 industrialized nations of the world, it is imperative that all the clogs in the wheel of progress of the Nigerian workers must be addressed decisively so that the frequent incidences of strike would become a thing of the past,” the cleric advised.