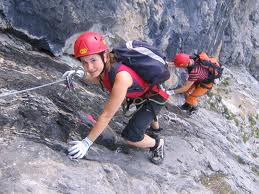 An Arizona climber has been found dead, dangling from a rope on a cliff face south of Tucson, after apparently being stung to death by bees, police said on Wednesday.

Johnson was reported missing on Monday by co-workers after he failed to show up for work. A Santa Cruz County Sheriff’s Office search and rescue team found his body that afternoon, Estrada said. “He had been stung repeatedly and he was dangling there,” he said.

“He was climbing the cliff and was about 70 feet up and still had about 80 feet to go, so he really didn’t have anywhere to go when he was attacked by this swarm of bees,” Estrada said.

He said Johnson’s dog had also been attacked by bees and was found dead nearby.

The Pima County Medical Examiner’s Office was conducting an autopsy to determine the cause of Johnson’s death.