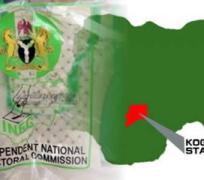 Barely few hours after opposition parties in Kogi State announced their boycott from the local government election slated for today in Bassa Local Government Area of the state, the State Independent Electoral Commission’s (SIEC) office and sensitive materials supplied for the election were on Friday set ablaze by unidentified persons.

The source further confirmed that immediately people heard that the materials were brought to the local government council, it did not take long before the building was engulfed by fire.

In his reaction, the Police Public Relations Officer, Ajayi Okasanmi, said he is not aware of the incident and promised to get back to our correspondent.