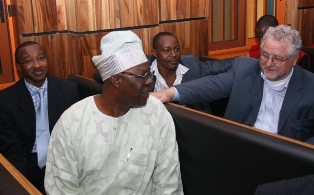 A document sought to be used against former Minister of Aviation, Prof Babalola Borishade and three others over allegations of irregular award of contracts in the aviation sector to the tune of N6.5 billion in 2005, has been dismissed by an Abuja High Court.

The Economic and Financial Crimes Commission (EFFC) had sought to tender a statement made by Aborishade’s former Special Assistant T. A. Dairo on July 25 and 28, 2010 which his counsel Adegboyega Awomolo (SAN) subsequently challenged as having been obtained under duress.

Other accused standing trial along with them are: former NAMA Managing Director Roland Iyayi and the Director of Avsatel Communications Ltd George Eider.

In his ruling on the admissibility or otherwise of Dairo’s statement in the “trial-within-trial,” Justice Sadiq Umar held that that the prosecution failed to discharge the burden of proof of a confessional statement as contained in section 29 (2) of the Evidence Act and accordingly rejected same.

The case was adjourned to July 8.