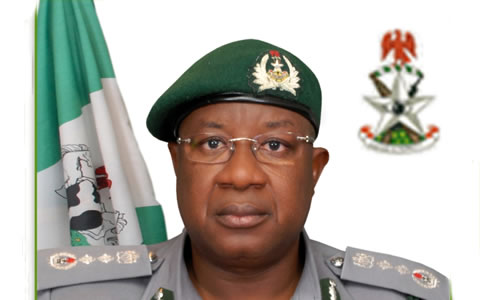 The Public Relations Officers of the command, Mrs Thelma Williams in a press briefing on Monday in Lagos, said that the arrests were made between January and March 2013.

She said that the command also arrested 12 suspects with 13.8 million (N2.2 billion) dollars from September to December 2012.

Williams said that there was no law banning travellers from taking money out of the country but the money must be declared by the traveller before being taken out.

“From 10, 000 dollars there must be a declaration. We have a form there on which travellers make a declaration stating the source of the money they are carrying and what that money is meant for. We’ll leave one og the forms here and send a copy to EFCC.

“They would go with a copy because there are some countries that would ask travellers to produce that.

“Sometimes we even have letters from some of these countries. They want to know if so, so person passed through our airport and if he made such a declaration so that it won’t look as if it is a fake declaration.

Williams advised the travellers to make sure that the amount they would go out with is well declared, adding that the money should be changed at a registered commercial bank and Bureau De Change.

She said that the five suspects and the monies involved had been handed over to the EFCC for further interrogation.

Williams said that the command also generated N2.3 billion in April 2013 up from N2.2 billion it recorded in the corresponding period of 2012.

She said that agents’ compliance with the law at the airport had resulted to increase in revenue collection.