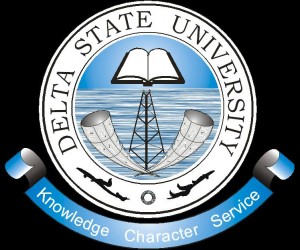 After failing pharmacology and pathology in school, the student sent a text message to the Vice Chancellor, Prof Eric Arubayi, claiming to be the governor of the state, and requested him to upgrade his scores.

The matter was brought to Govenor Uduaghan’s knowledge who said he never sent any message and therefore asked the vice chancellor to report the matter to the police and ensure the student was arrested.

The student in a statement to the police, however, denied the allegation.

The university authorities, apparently obliging to the request, upgraded the score of the student in pharmacology, an issue now causing ripples in the university as people questioned why such request should be granted even if it emanated from the office of the governor.

Governor Uduaghan has been a victim of phone hacking in the past. His email had also been hacked before.

The first text message to the vice chancellor on July 24 reads: “My able VC, Chief Tony Anenih called me in respect of one boy that just wrote pathology and pharmacology exam in 400 level Medicine. My able Prof, I want you to ensure that boy passes, you know I cannot afford to disappoint Chief Tony Anenih. Am in a meeting. These are the details. CHS/04/05/88406.”

Prof Arubayi who thought that the text message was actually from the governor, as it came from the number with which he saved the governor’s name-Uduaghan 1- in his phone, the VC replied, asking for the student’s name to which the hacker replied: “His name is Imala W. Kelly. My able VC, all I want is the boy to pass. Chief Tony Anenih has been calling.”

DELSU vice chancellor, Prof Arubayi, confirmed to Vanguard in his office, Monday, that he, in fact, received the said text message and contacted the governor after the scores of students who scored between 48-49 in pharmacology was upgraded to 50 based on standing regulation of the university, “but he denied ever sending me such a text message.”

According to him, the Academic Board of the College of Health Sciences had met and approved the scores in pathology, which the student scored 46, and there was nothing that could be done about it, other than for the affected person to go for a resit, adding: “That is what I advised the governor.”

Prof Arubayi said he had the inkling it could be a scam whe he remembered that the Provost of the College of Sciences, Dr. John Ohaju-Obodo, drew his attention, about a week after, to a text message he received, purportedly from the governor, appointing him chairman of a juicy government committee. When he contacted the governor however, he told him it was a scam. That was when the VC called the governor to confirm the source of the text message after which he handed the student over to the police for cyber crime.

“I am even surprised that the police have not charged him to court, as far as I am concerned, this is an EFCC case,” he said.

He said the student was currently facing a disciplinary panel for breach of matriculation oath, but lamented that he had not appeared before the panel.

A university source said the student had been suspended, but as at Monday, he was seen attending lectures and had refused to vacate his room despite orders to that effect from the authorities. 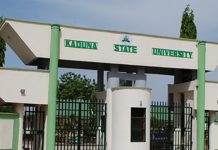 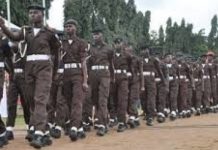