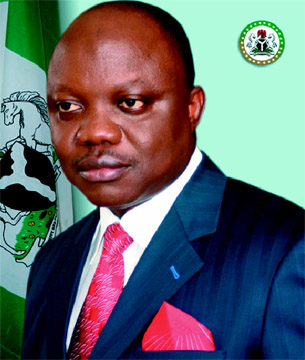 With this development, which is part of the state government’s transport development plan, Warri will be the third city on the continent and second in Nigeria to develop the BRT initiative after Lagos and Johanessburg, South Africa.

Governor Emmanuel Uduaghan, who was represented by his Commissioner for Transport, Mr. Ben Igbakpa, made the disclosure at the on-going 60th Congress of the International Association of Public Transport, UITP, in Geneva, Switzerland.

Uduaghan, said the seven-month old idea from its conception, traffic surveys and feasibility studies, topographic surveys, detailed engineering designs to bill of engineering measurements and evaluation, will now be followed by award of contract, in July.

The Warri BRT scheme, which is driven by the governor, according to Igbakpa, is an indication of political will and recognition of the importance of public transport to a large percentage of the populace.

“With increasing population and economic activities, Warri is set to join the community of the global cities with sustainable, integrated and affordable transport system to meet its economic aspirations.

“The project, which is aimed at creating jobs, will also, through multiplier effect, require personnel and business transactions in the areas of traffic management and enforcement, bus shelters and terminals and segregated lanes constructions,” he said.