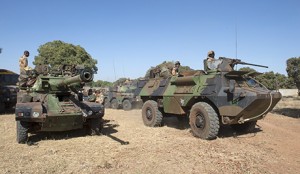 Northern elders, yesterday, said the declaration of state of emergency on three states in the North by President Goodluck Jonathan is an indirect declaration of war on the region.

The northern elders were taken by surprise, as the declaration came just weeks after President Jonathan accepted a roadmap on how to end the Boko Haram insurgency from the Northern Elders Forum, NEF. Apparently, their advice wasn’t good enough for the president who seemed to be following it to the letter until he took a sudden detour.

The elders had successfully impressed upon the Presidency to raise the Boko Haram committee to dialogue with the sect to restore elusive peace to the region.

Jonathan, who met with the NEF leadership in Abuja in April, subsequently inaugurated the Turaki-led committee with a mandate to broker peace with the sect and compensate their victims within a two-month time frame.

However, after inaugurating the panel, the sect leadership rejected the amnesty offer, saying that it was the government that should seek amnesty for having killed its Muslim brothers.

But irked by continuous bloodletting in several parts of the north, President Jonathan on Tuesday called on the armed forces to move into the states of Borno, Yobo and Adamawa, arrest suspected terrorists and restore peace in those places.

Many reports indicated that soldiers armed with armoured tank were already on the ground in the affected states preparatory to take out terrorists from their strongholds scattered in the North Eastern part of the country.

But a spokesman for the NEF, Prof Ango Abdullahi, who relayed the position of the group, told Vanguard that they were disappointed by the sudden change of tactic by Jonathan on how to resolve the crisis in the north.