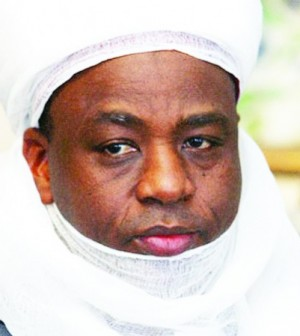 The Nigeria Supreme Council for Islamic Affairs on Friday urged the Federal Government to stop shying away from its responsibility of protecting Nigerians.

Newly appointed Secretary-General of the NSCIA, Prof. Ishaq Oloyede, said this while speaking with newsmen after he observed the Jumat service at the Abeokuta Central Mosque, Kobiti.

Oloyede, said the security of lives and property remained the primary responsibility of the government and not the citizens.

He said, “For one reason or the other, some people have decided to take up arms against the state. We should cooperate with the government in solving it. But government should not transfer its responsibility to us. We do not take security votes; some people are in control of the votes for security.

“Why should the responsibility of protecting citizen, identifying criminals among us be transferred to innocent citizens? I believe that we are doing our best by cooperating with the government and government should be up and doing in discharging its own basic responsibility. We are victims. There is nothing like guilty by association because we are Muslims.”

The former University of Ilorin VC also exonerated Muslims from terrorist activities in the country, stressing that the activities of Boko Haram run contrary to the teachings of Islam.

Oloyede said though President Goodluck Jonathan had yet to offer amnesty, it should not give up on exploring dialogue as a means of solving the insecurity challenge posed by Boko Haram.

He said, “The right thing to do is for us to continue working towards a goal of peaceful dialogue. I’m happy to note yesterday that the Minister for Special Duties, acting as the chairman of the new committee, has started working.”