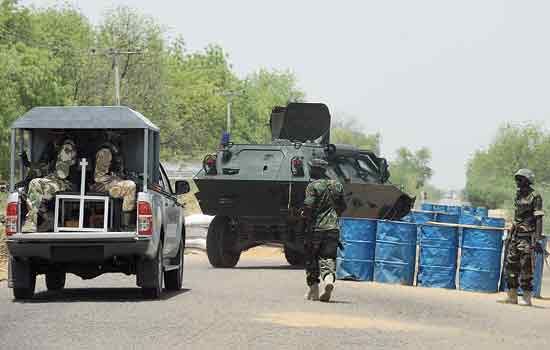 Indications emerged Monday that the ongoing military operation against members of the Boko Haram sect might have recorded some success as the curfew earlier imposed on parts of Borno and Yobe States was relaxed.

It would be recalled that a round-the-clock curfew was slammed on 12 wards in Maiduguri, the Borno State capital, on Saturday, even as many parts of the towns in the state witnessed restricted movement between 8 pm and 6 am, while a curfew was still in effect in all parts of Yobe.

Special Adviser, Press Affairs and Information to the Yobe State governor, Alhaji Abdullahi Bego, in a press statement, said the review of the curfew follows the return of peace to all parts of the state.

The statement read: “This is to inform members of the public that in view of the need to sustain the relative peace that all parts of the state currently enjoy, Governor Ibrahim Gaidam has approved an adjustment of the hours during which public movement is restricted around the state.

“Consequently, restriction on movement now starts from 6 pm to 6 am daily throughout the state with effect from today, Monday 20th May 2013 (yesterday).”

The statement said further: “The decision for this adjustment follows a meeting that the governor had with heads of law enforcement agencies in the state.

“He urges the general public to continue with the exemplary support and cooperation with security agents to ensure lasting peace in the state. The governor also urges the public not to relent in prayers to the Almighty Allah (SWT) for the restoration of peace in the state and the country in general.”

In Maiduguri, spokesman of the Joint Task Force (JTF), Lt. Col. Sagir Musa announced the relaxation of curfew in some parts of the town.

In a press statement, the JTF said the 24 hour curfew on 12 wards in Maiduguri had been reviewed to 7 am to 5 pm.

Musa advised all residents of the 12 wards to remain indoors once movement is restricted as the checkpoints were still in progress in the affected areas as well as other areas within the city.