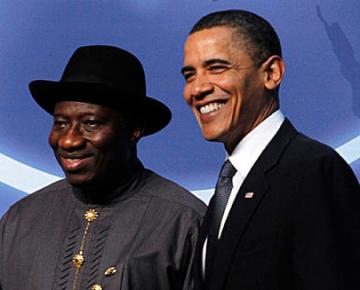 Jonathan, in his address said “Islamic militants had taken over parts of Borno and militant action in the Muslim north amounted to a declaration of war.”

State Department spokesman, Patrick Ventrell, said the United States government was deeply concerned about violence in northern Nigeria, saying its severity was such that it may spill across the borders.

“The declaration of states of emergency in Borno, Yobe and Adamawa States reflects the worsening cycle of violence in northern Nigeria,” he said.

Militants suspected to be from the Boko Haram sect killed more than 40 people in attacks on a village in northern Nigeria last week.

The United Nations estimates that about 200 people were killed and more than 2,000 houses were destroyed in a recent Nigerian military raid in the north. The raids were allegedly in response to an attack by Boko Haram.

“We have made clear to the Nigerian government that its heavy-handed response to insecurity in northern Nigeria and the failure to address human rights violations will potentially affect our ability to provide security assistance going forward,” Ventrell said.