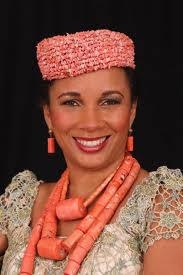 Ex-beauty queen, Ibinabo Fiberesima was emotional last Sunday when she relived memories of the circumstances that led to her  imprisonment about four years ago for manslaughter, following the death of a medical doctor, Suraj Giwa.

She spoke last Sunday at Xovar Lounge, a celebrity hangout  located in Lekki, Lagos while being honoured by the management of the outfit as the first female president of the Actors Guild of Nigeria, AGN. The occasion afforded her the  needful opportunity to address some of the burning issues that affected her life and career in the past. It was a  moment of retrospection that Ibinabo was looking forward to, and she did not disappoint.

Put on the hot seat, the moderator, Segun Arinze, himself former president of AGN took the mother of three, through the tortuous journey of her life. Responding to some of the questions put across to her by the audience, Ibinabo admitted that she went through hell in the past. While her ordeal lasted, she said, she put her trust in God who saw her through. “Because I believe in God,  I have been able to stand strong to become who I am today,”she said.

Ibinabo however, disclosed that she is setting up a foundation to cater for the welfare of families of accident victims. According to her, “I do have a foundation which I’m setting up. In 2006, I had an accident and a medical doctor,  Mr. Suraj Giwa died in the process. A lot of things went wrong, I was sent to jail because of the accident.

It is quite painful, it’s taking me this long because I needed to find myself again. The foundation is going to be for the families of accident victims. I’m going to get people to talk to them and to heal their wounds. What I went through, I was healed by the grace of God.”