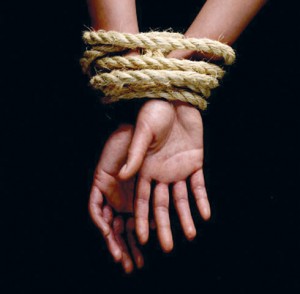 Mother of the immediate past Commissioner for Education in Ondo State, Mrs Remi Olatubora has been kidnapped by unknown gunmen.

The gang of six reportedly stormed Madam Olatubora’s residence located at Iyansan in Irele council area of the state, at 1a.m. on Sunday and whisked her away.

It was gathered that the abductors fled with the victim through the high sea with a speed boat. Other inhabitants of the house were not molested.

Confirming the abduction of the octogenarian, Police Public Relations Officer in the state, Wole Ogodo said details were still sketchy, but the Police have deployed detectives to the area to ensure the release of the former commissioner’s mother.

Ogodo said police in the state are determined to fight the criminals to a standstill, urging the people of the state to be vigilant and to promptly give any useful information to the police.

Olatubora’s aide told Vanguard that the abduction of the old woman was well planned by the kidnappers.

According to him, they arrived the town a day before they struck, having made provision for a speed boat which they used to ferry the old woman out of the area before help could come.

He said that the victim was asleep when they struck, adding that the kidnappers are yet to contact Olatubora.