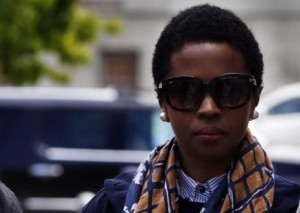 After series of court visitations, Singer Lauryn Hill, as she is facing a 3 months jail sentence over tax evasion.

The singer appeared before a US Magistrate Judge Madeline Cox Arleo in New jersey on Monday pleaded guilty on three counts of failing to file, between 2005 and 2007, tax returns on over $1.8 million.

With the recent development, Lauryn Hill is mandated to pay penalties plus the evaded taxes she owes, a $60,000 fine, and also serve a 1 year period on probation. There is also the possibility of a three months home confinement attached to her sentencing.

Unless she and her lawyer Nathan Hochman, appeal the sentencing, she is scheduled to report to prison June 8 to commence her jail time.