In Ajangbadi, a suburb of Lagos, a married woman seeking solution to her barrenness was sexually abused by a trado-medical practitioner whom she visited for treatment. 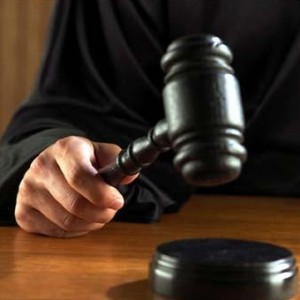 For the hapless woman, it was a case of rubbing salt to injury as she stood before people to make these ugly revelations inside the courtroom of Ojo Magistrate Court.

Frequently relapsing to a “had I known” lamentation, the victim, Anambra State-born Ngozi, in an emotion-laden voice recalled her shameful encounter with the randy doctor.

According to her, after seeking the consent of her husband, she set out on that fateful day to seek a lasting solution to her predicament. She was determined to find a means to conceive again following a six-year break since she had her daughter.

Her determination led her to the doorstep of Dr. Emeka Oladibe, owner of Divine Health Centre, Akoje Street, Ajangbadi. After explaining her problem, she was advised to run a test to ascertain the cause of the delay in her conception.

The test result 24 hours later, revealed that the 27-year-old woman was infected with staphylococcus. Subsequently, she had to go back the following day to get herbal drugs for the treatment of the infections.

From that stage, Oladibe began to play hanky panky. He told her one of the drugs she must take has to be mixed with sperm before applying it to her private part.

Ngozi recalled the shameful incident. Her words: “When I got there the following day, the doctor was full of assurance. He even prayed for me. With that I gave him my trust.

He showed me the result of the test I did earlier. He claimed, I had staphylococcus and it has really eaten deep into my reproductive system. I broke into tears.

He told me the drugs he would give to me will be used through my private part. I was shocked on hearing that. I wondered why I have to insert something into my vagina.  He then told me that the herbs will be mixed with sperm.

After his explanations, I bought the idea and hoped to allow my husband do that for me during our privacy. We were still discussing about the usage of other drugs when I became dizzy and slept off. That was the only thing I remembered.

Later at about 3 p.m. that same day I woke up still in that counseling room. I touched my private part and noticed some whitish fluid that looks like sperm inside. I confronted him immediately; he simply told me that my problems are over, that I should be grateful to God that directed me to his place.”

Unable to bear the humiliations, she went home and reported every detail of her experience to her husband. It was an infuriated husband who stormed the clinic and dragged the alleged rapist to the police station.

When the accused was summoned to refute or affirm the heaps of allegations leveled against him, he brought a twist to the case. The 40-year-old man and father of three denied ever having sexual intercourse with the plaintiff.

In his defense, he came up with a totally different story. His words:  “Well I can’t not deny that Mrs. Ngozi did not come to me for treatment, before she came to me for treatment she has been my girlfriend for three years even before and after she got married to her husband.

We have been neighbours for years and that is when our friendship started. After her marriage, she left with her husband to the other side of the street.

Few years later, before her traditional marriage she came to me and said her husband is threatening to quit the union if she doesn’t get pregnant for him before the traditional marriage. She actually begged me to sleep with her but I refused because she was already engaged to somebody.

Few days ago, she came to me again but this time she came to me for treatment.  She confided in me that she was ready to do anything to secure her marriage which is in jeopardy. I told her there are drugs that I can give her to help fight the staphylococcus in her.

I didn’t touch her for one minute. I have a wife and three lovely children, so why would I do that to my patient.  My father that I served under did not teach me to sleep with other people’s wives let alone sleep with my patient.”

After hearing the two versions of the incident, the jury ordered that Emeka Oladibe should be reprimanded in Kirikiri Prisons until the outcome of the case.