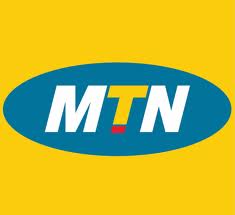 @MTN_NG began tweeting in January 20, 2011. It gained the attention of both MTN subscribers and non-subscribers on the social service for about two weeks at the time, before it was suspended.

For instance, when ChuckyLovesYou tweeted at the handle, @MTN_NG, on January 30, 2011, saying “You na no well sha,”, the man behind the MTN parody account tweeted back, saying, “Our oga is a black belt in Kararte, he has also taken some kung fu lessons. Please, keep that in mind when you threaten us.”

But another account is back on the network using a handle similar to the suspended one. It maintained the MTN logo as the display picture for the account. However, the difference is that instead of the single under scroll sign in between MTN and NG in the suspended account, the new handle has twin under scroll signs — (@MTN__NG).

The bio of the new account, which began tweeting on April 27, states, “We will no longer stand back and stomach your insults. It’s tit for tat from now on. Fire for Fire HQ, Abuja.” It, however, stated clearly that it is a parody account.

With barley two weeks of being on the network, the account has gained over 6,386 followers and the number of new fans keeps increasing as more and more people subscribe to its hilarious tweets.

For subscribers who tweet at the handle for enquiries or to register service complaints, rather than getting their egos stroked , the parody account mocks them, turning them into a laughing stock.

When a customer using the handle @timmexclassic complained that he was having difficulties with his BlackBerry Internet Service, saying,, “My number 08036108059 has not been able to browse since Saturday on BBC (BlackBerry Complete)”, the fake handle replied saying, “Sorry! Try CNN (Cable News Network).”

On May 10, he (or she) replied another unsuspecting follower, @Daezilicious, who asked why he was being charged more than the actual call he makes. He said, “Mouth odour incurs additional charges.”

The Twitter handle @MTN__NG has since become a source of headache to the management of the telecoms firm as it became worried over the effect the fake and hilarious account may have on both its online and offline reputation.

As a result, it started issuing disclaimers via its two official Twitter handles and assured the general public that the matter would be addressed.

One of such tweets had stated, “Kindly be informed that @MTN_NG is not an MTN handle. Our handles are @MTN 180 and MTNNG. Thank you.”

But as the parody became a source of worry to MTN, many Nigerians on the social network got fascinated with it, such that the new account boasts thousands of followers.

But last week news spread on the social network that it had been suspended by Twitter. Many of its fans cried foul over the development. According to them, the handle was one which brings a lot of joy to them with its funny tweets.

When one of its fans, @christchima, asked, “My credit just dey go down on its own, please help ooo,” the parody account replied, “It’s your village people, they don’t want your progress.”

A favourite of the parody account, @bidemisadiq, explained on May 7 that he would go through all its tweets for him to catch a lot of fun on his birthday. He tweeted, “Tomorrow is my birthday and I’m gonna be going through your tweets all day tomorrow as I will need to laugh all day.”

Meanwhile, those who have at one time or the other received a shabby treatment from the handle have not spared the person behind the account their anger. One of such is @Eazyboyy. He stated via his handle, “I’ve never seen someone as jobless as you. Your parents must be regretting having you on their children list. You are a minus one in your family!”