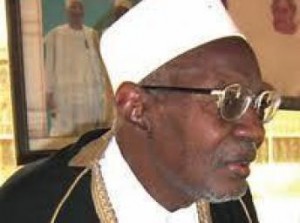 The Family of the former Petroleum Minister kidnapped in Maiduguri, Dr Shettima Ali Monguno, on Friday, has appealed to his abductors to release him without delay.

Monguno, 87, was kidnapped by gunmen shortly after praying in his mosque in Mafoni, Maiduguri.

Spokesman for the family, Malam Rahama Ali-Monguno, made the appeal while speaking with newsmen in Maiduguri on Saturday.

Ali-Monguno said that the elder statesman needed to be released so that he could have access to his daily medication.

“We are begging the abductors in the name of Allah to please release our father. They should consider his old age and his current state of health,” he said.

He also urged the abductors to consider the numerous philanthropic gestures of the elder statesman.

“Our father has been the life wire of many orphans, widows and vulnerable members of the society.

“He has helped to build Qur’anic and Western schools and sponsored many indigent children to school,” he said.

Ali-Monguno did not say if the abductors had made contact with the family or demanded ransom for his release.

Borno state Governor, Kashim Shettima had earlier said that government was doing everything possible to secure the octagenarian’s freedom.

“Our security establishment is adequately informed, I was in contact with Mr President. I have spoken with the NSA and I believe that all agencies of government, all stakeholders are very much touched by this criminal and ugly act of kidnapping of a 92 year old man,” Shettima said.

The Governor said, this is the height of criminality, but that by the grace of God and the will of the people of Borno, he would overcome these challenges.

He said, “we would work assiduous and tirelessly to secure his freedom.”