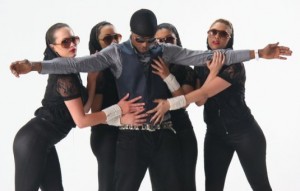 In an interview with showtime, Faze opened up about Tuface and Blackface:

How do you feel today that 2face is a superstar as well as yourself, but Black Face is yet to hit the mark?

Black Face is also going to be big. Everybody seems to be supporting him financially, and it takes a lot for people to believe in you. Black Face wrote almost all the songs we had in our first album, so, he has potentials. He has management challenges and people that believe in him. We must be frank, we have some junk music in the industry but they sell because they have financial backups to pay for publicity and other things. These days, if you are bringing out an album, it has to be well packaged, it has to generate noise. I’m working on something with him to make sure he bounces back.

Since you know his problem, why didn’t you…?
He’s going to be big. Everybody has his time

But don’t you think it’s getting too late?
Nothing is too late. He just needs a single and I’m working with him on his album because he was involved in my career. I remember when I wanted to go for a singing competition. I was young and scared of the unexpected because there were so many ladies there that could sing well. I didn’t want to involve myself because I noticed judges were usually partial when it comes to ladies.

It was a live performance but Black Face encouraged me to go ahead. He accompanied me to the competition and I won at the end of the day. So, it’s the same spirit that I’m trying to give back to him. Whenever, we sit and write songs together, he writes in a different dimension. I think the only thing he needs to do is take his time and not to be in a hurry.

It appears you are more passionate about Black Face than 2face?
No, it’s not like that. 2Face is already big and Black Face will still grow. Most of the times when he’s down, I sit with him because I know his kind of person. He has talent and he has his fans. What is left is for him to give his fans the right music to listen to and enjoy.
So why didn’t you speak with 2face to lend him a support?
What he needs isn’t financial support. We are working together to bring out the right songs.

What’s 2face doing about it?
I’m sure both of them meet to discuss on their own, you know they are from the same area. I can only speak for myself that whatever I do for Black Face, I’m not helping myself, he’s helping me. I’m still going to do one or two songs with 2face in future. But I’m doing everything to make sure things work out well for Black Face. We are all looking for money to take care of our responsibilities. The highest we can do is work together and make more money. Black Face has been helpful to me even financially so, it’s on both sides.

Why were you and Black Face absent at Tuface’s Dubai wedding?
I was in Dubai but got to the venue very late. I had other functions I was attending to. People saw me because we were together at the club. Black Face has his own reason he didn’t make it.

But you are his friend and you should know better
He must have his reasons.

Maybe, he didn’t have money for the ticket…?
It’s not about the money because tickets don’t cost that much. He must have his own reasons. Tuface had his reasons he didn’t invite him too. After all, when Black Face did his wedding, none of us was there.