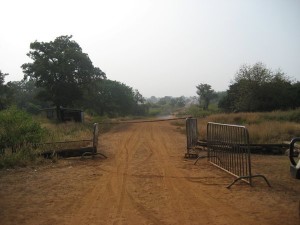 In order to improve security on Nigeria’s borders, the Federal Government has said it needs $244m (N38bn)to install electronic surveillance round the borders.

Minister of Interior, Mr. Abba Moro, said this in Abuja on Thursday while briefing the Peoples Democratic Party National Working Committee members on the activities of the ministry.

According to him, the amount, if available, would be enough to provide security around the country’s borders.

Moro, who acknowledged that the country’s borders were porous, said with the surveillance projects, the policing of the illegal 1,497 routes into the country would be more effective.

“We are making efforts to procure appropriate modern technology to be installed along our borders and we are collaborating with the US State Department and a private Chinese company.

“When we have done this, the temptation of illegal entry into Nigeria will be reduced,” Moro said.

The minister explained that his ministry was collaborating with the Border Development Agency to construct Border Plaza at 84 sites, which he said would promote commerce along the border communities and reduce illegal activities.

Moro also dismissed the allegation of employment racketeering in the ministry, saying it was some faceless people who used the name of the ministry to open a website through which they are swindling innocent job seekers.

“There was no employment racketeering in the ministry, what we heard was that some unscrupulous elements opened a website in the name of the ministry which they have been using to dupe unsuspecting members of the public.”

“One of them even used my name to open such website but we have been able to arrest him somewhere in Asokoro, Abuja.”