The Minister of State for Health, Dr Muhammad Pate, on Monday, said the Federal Government had concluded plans to employ 10,000 health workers by the end of the year. 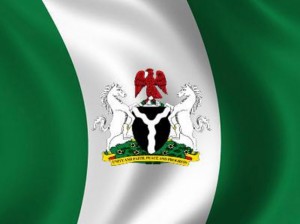 Pate said this at the launch of the Subsidy Reinvestment and Empowerment Programme (SURE-P) Maternal and Child Health (MCH) Conditional Cash Transfer (CCT) scheme in Abuja.

“By the end of this year, we will have at least 10,000 health workers sent to rural areas who are mostly women to serve other women to help prevent them dying during child birth.’’

He said the CCT effort was to ensure that women received the needed health care, noting that only two-thirds of pregnant women attended ante-natal care.

Pate said that SURE-P MCH was set up by the Federal Government to reduce maternal and newborn mortality in the country.

He said that N16 billion of the SURE-P budget was channelled to maternal and child health, explaining that it meant that N100 million would be used every year for mothers and children.

Pate said for a woman to qualify for CCT, she should be confirmed pregnant at the Primary Health Centre registered with the SURE-P MCH programme.

She should also meet other conditions such as receiving focused Ante Natal Care (ANC) four times during her pregnancy, receiving routine drugs and obtaining necessary immunisation.

Also, the mother should deliver the baby under the supervision of skilled birth attendant and attend a postnatal clinic appointment within two days of delivery.

Pate said the woman would be given N5,000 after completing the conditions for the CCT.

“The breakdown of the cash support is registration; first ANC visit qualifies the woman for N1,000; second, third and fourth ANC qualify her for additional N1,000.

Pate advised community leaders to ensure that only those who qualified were given the money, adding that they needed to know how much was involved and spent.

“The community leaders must monitor the programme for transparency and accountability for a better result.’’

He said that in 2012, the government committed to saving one million lives by 2015 through increased access to cost-effective health services and commodities.

Dr Precious Gbeneol, Senior Special Assistant to the President on Millennium Development Goals (MDGs), said there was a reduction in maternal mortality rate from the 2008 National Demographic Health Survey.

She said the country was still 28.6 per cent away from the 2015 target noting that there was progress in the health areas.

Gbeneol said the CCT was extended to 56,500 households through the disbursement of N10 billion to 24 states in 2012 with half of the amount being counterpart contribution from participating states.