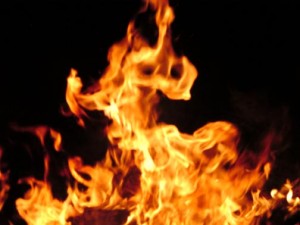 The Bassa Local Government office of the Kogi State Independent Electoral Commission (KOSIEC) was on Friday night gutted by fire, just hours after three opposition parties announced a boycott of the council elections.

All the election materials and other office equipment were destroyed by fire.

Mr Adejoh Idachaba, the state Electoral Commissioner in charge of Media and Public Affairs, who confirmed the incident to NAN, however alleged that the fire incident was the handiwork of arsonists, saying their aim was apparently to stop the elections.

Idachaba said Saturday’s elections would nonetheless still hold in the area as fresh materials would be delivered in the morning under tight security.

“The loss of the materials to fire will not stop the elections,’’ he said.

On Friday, three parties — Action Congress of Nigeria (ACN), All Nigeria Peoples’ Party (ANPP) and Congress for Progressive Change (CPC) — announced their withdrawal from the elections.