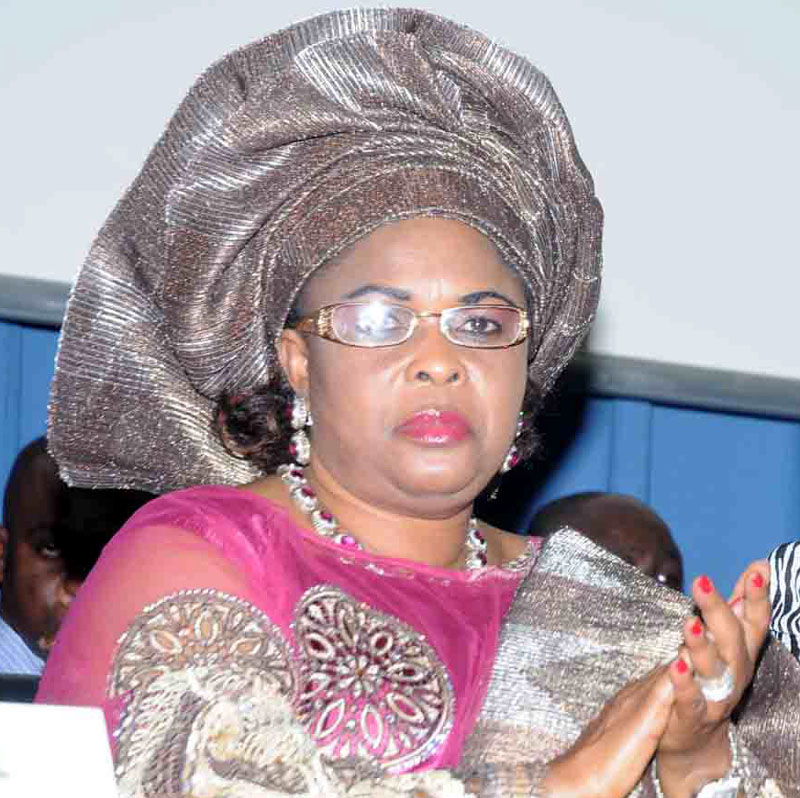 The Presidency has again distanced the First Lady, Dame Patience Jonathan from the travails of Rivers State Governor, Rotimi Amaechi in the wake of his suspension by the National Working Committee of the Peoples’ Democratic Party, PDP.

The Presidency described as ‘laughable’ reports that the first lady summoned members of the NWC to the Presidential Villa where she handed down instructions for the suspension of the Rivers Governor from the party.

The Special Assistant to Mrs. Jonathan on Media, Ayo Osinlu claimed the report was a calculated attempt to sustain Mr. Amaechi’s travails in public domain, as well as to explore the possibility of swinging public sympathy in his favour.

Although Nigeria’s first ladies are not recognized in the constitution, they have been reputed to wield enormous influence over state and party organs and are considered most powerful outside of the president – former first lady Hajia Turai Yar’Adua put such powers to effect at the height of her husband’s terminal illness.

It would be recalled that before his present travails became ominous, Governor Amaechi had engaged the first lady who is from Rivers in an exchange of words over some of his policies in the state.

The statement by Mr. Osinlu reads in part: “It has again come to our notice that a new twist has been introduced to the carefully orchestrated scheme to anchor the political fortunes or survival of certain embattled politicians on a deliberate demonization of the First Lady, Dame (Dr.) Patience Goodluck Jonathan.”

The statement quoted the report in Leadership Newspaper of 30/05/2013 as alleging that the first lady influenced Amaechi’s suspension from the PDP which it considered as “laughable” and questioned  “on what platform? Within what contexts? In what capacity?” Dame Patience could have given instructions on positions of the party.

It continues, “We consider it a most unbecoming insolence, to say the least DISRESPECTFUL, of any one to suggest that the whole of the Peoples Democratic Party was led by the nose and influenced by a private interest, in a matter that so evidently borders on party discipline and administration.

“Only recently, we were compelled to make a statement, warning those who have become specialists in looping their self-induced political travails around the First Lady, to develop another strategy for their survival.

“This was when another vicious lie was circulated that Her Excellency had, again, “summoned” service chiefs in Rivers State, and instructed them to be firmer in handling the Rivers matter.

“Let us state once again, that the First Lady is not an elected official of state, neither is she a party functionary. She therefore recognizes very clearly her place in the scheme of things and acts always accordingly within context.

“In our safe estimation, the whole of this is a conscious calculation to sustain the issue of Governor Amaechi in full public view, as well as to explore the possibility of keeping public sympathy in his favour.”

The statement strongly frowned at the use of the first lady’s name by the Amaechi camp in a frantic bid for political survival and relevance which it said “is not only dubious, but also diversionary, unfair, unkind, and therefore totally unacceptable.

“We wish to warn that if this trend continues in the near and distant future, we may be constrained to take action within legally permissible limits to protect the integrity of the office and person of the First Lady”.