Two former students from Pakistan are believed to have become the first Muslim lesbian couple to marry in a civil ceremony in Britain. 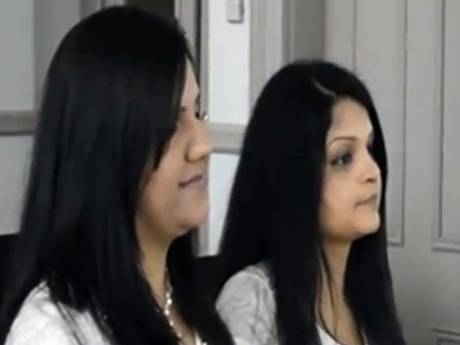 Rehana Kausar, 34, and Sobia Kamar, 29, took their vows at a registry office in Leeds earlier this month before immediately applying for political asylum, it was claimed.

Relatives of the couple said the women, who studied in Birmingham, had received death threats both in the UK and from opponents in their native Pakistan, where homosexual relations are illegal.

During the ceremony the couple reportedly told the registrar that they had met three years ago while studying business and health care management at Birmingham, having travelled to the country on student visas, and had been living together in South Yorkshire for about a year.

“This country allows us rights and it’s a very personal decision that we have taken. It’s no one’s business as to what we do with our personal lives,” she said.

“The problem with Pakistan is that everyone believes he is in charge of other people lives and can best decide about the morals of others but that’s not the right approach. We are in this state because of our clergy, who have hijacked our society, which was once tolerant and respected individuals’ freedoms.”

Homosexual sex is illegal under Pakistani law. There are also no laws prohibiting discrimination or harassment on the basis of sexual orientation.

In recent years in Britain, some Muslim gay and lesbian couples have opted for a nikah, an Islamic matrimonial contract, which is officially the reserve of heterosexuals.

These services, conducted in Arabic with additional duas – prayers – are not recognised in the UK unless accompanied by a civil ceremony.

Homosexuality is strictly forbidden in the Islamic faith and the notion of same-sex marriage is abhorrent to many Muslims.

A relative of one of the women told the Sunday Mercury: “The couple did not have an Islamic marriage ceremony, known as a nikah, as they could not find an imam to conduct what would have been a controversial ceremony.

They have been very brave throughout as our religion does not condone homosexuality. The couple have had their lives threatened both here and in Pakistan and there is no way they could ever return there.”

Ruth Hunt, deputy chief executive for Stonewall, said: “There is a very cautious step towards social visibility for some gay men in Pakistan but lesbians are completely invisible.

Pakistan is not necessarily a safe place for couples to be open about their love.”

The Home Office said it was unable to confirm any details about their political asylum request.