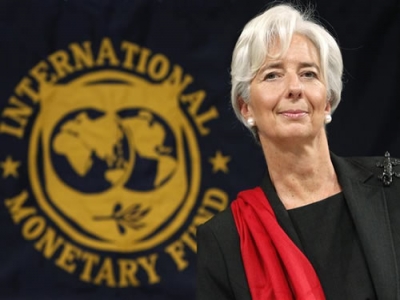 In a report that is sure to incur the fury of Nigerians, the International Monetary Fund (IMF) has recommended full removal of oil subsidy as a means of helping ‘fiscal adjustment’ for economic growth in Nigeria.

IMF also warned that the country’s Excess Crude Account (ECA) could be wiped out within one year should price of crude oil fall to below $85 in the international market.

This warning was contained in the highlights of the Staff Report on the 2012 Article IV Consultation, at a press briefing by IMF’s senior resident representative in Nigeria, Mr W. Scott Rogers.

“Macroeconomic performance and policies in 2012 were broadly positive. Fiscal targets for 2013 and medium term are consistent with macroeconomic stability but additional measures are needed.

“Planned savings in recurrent spending will require public sector reforms and elimination of subsidy would help fiscal adjustment,” he said.

Rogers also touched on the power sector reforms, Petroleum Industry Bill which he said “will transform oil and gas sector to increase investment” just as he called for the protection of ‘infant industries’ and the need for export diversification which “is key to long-term growth and improved macroeconomic statistics, especially in national income accounts.”

Despite the Fund’s warning on the risk to Nigeria’s ECA should oil price witness a steady decline in the international market, Rogers, painted a bright future for the country when he predicted that Nigeria’s external reserve will swell to “$80 billion in four years’ time”.

He commended the government for rebuilding the country’s external reserves: “International reserves have been rebuilt and now stand at just over US$50 billion” just as he praised the efforts of the Assets Management Corporation of Nigeria (AMCON) in buying off bad loans of distressed banks.

He said AMCON should minimise fiscal risk and moral hazard and work toward winding down as the sector witnessed stability.