Home Metro News Game Over For Ex-Gov Sylva As EFCC Arrests Him While Hiding In...
Facebook
Twitter
WhatsApp 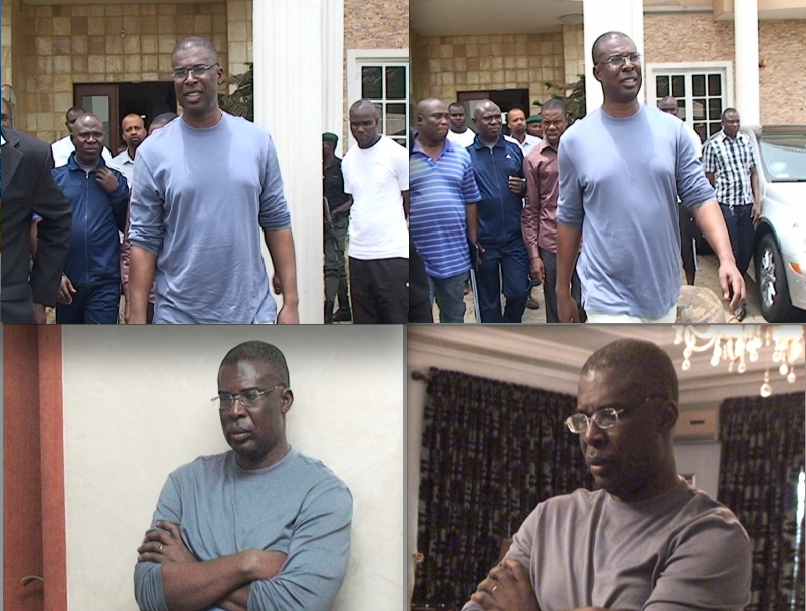 Former Governor of Bayelsa State, Timipre Sylva, was on Wednesday arrested by the Economic and Financial Crimes Commission, EFCC, over alleged money laundering.

A statement by the EFCC’s spokesman, Wilson Uwujaren, said Sylva was arrested while hiding “in a dingy corner in the upper chamber of his expansive mansion” at his No. 3, Niger Street, Maitama, Abuja home.

The anti-graft agency statement read, “On arrival at the facility at about 10am, the commission’s operatives were told that the ex-governor was not in town but they insisted on conducting a search on the house having obtained a warrant from the court.

“During the search, vital documents were obtained. Ironically, the ex-governor, who was said to be out of town, was later found hiding in a dingy corner in the upper chamber of his expansive mansion.

“He was immediately whisked away and is currently being interrogated at the Abuja headquarters of the anti- graft agency.

“He is being grilled in connection with fresh evidence linking him with a bouquet of fraudulent transactions that border on money laundering. Part of the new evidence includes a number of eye-popping real estate acquisitions in Abuja.”

The commission hinged Sylva’s arrest on his refusal to honour its invitations.

It said, “Rather than appear before the EFCC, he got his lawyers to inform the commission that he was unable to appear because he was sick and hospitalised in Lagos. The lawyer had promised to appear with his client on May 7 (Tuesday), 2013 but failed to do so.”